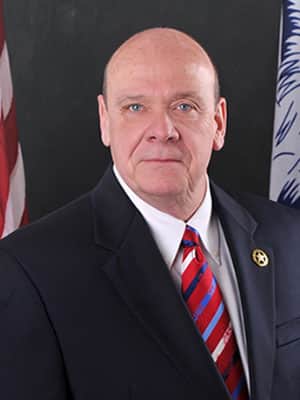 Chief Deputy Michael M. Hatfield joined the Sheriff’s Office in 1974 as a deputy sheriff while attending Palmer College, where he majored in Police Administration.

After being promoted to Corporal and Sergeant, he left the Sheriff’s Office in 1983 to accept a position as Special Agent with the South Carolina Alcoholic Beverage Control Commission (ABC) — a State Police Agency charged with the criminal enforcement and administrative regulation of the storage; sale and consumption of beer; wine and liquor within licensed and unlicensed locations throughout the state.

In 1986, he was transferred to the South Carolina Governor’s Raid Team as a Special Agent assigned to drug law enforcement duties throughout South Carolina and the bordering states.

Hatfield rejoined the Beaufort County Sheriff’s Office in 1989 as a Lieutenant assigned to Hilton Head Island, where he was the Division Commander.

In 1990, he was promoted to Captain and reassigned as Operations Officer at the Headquarters building in Beaufort.

In 1991, Hatfield was promoted to Chief Deputy. He held this position until 1995, when he accepted a position as a Senior Inspector in the Office of Professional Responsibility (Internal Affairs) with the South Carolina Department of Public Safety. Hatfield was transferred to the South Carolina Law Enforcement Division (SLED) in 1997 as a Senior Agent assigned to the Criminal Investigations Division, where he remained until 1999.

In 1999, Sheriff P.J. Tanner appointed Michael M. Hatfield as Chief Deputy for the Beaufort County Sheriff’s Office; a position he has held ever since.